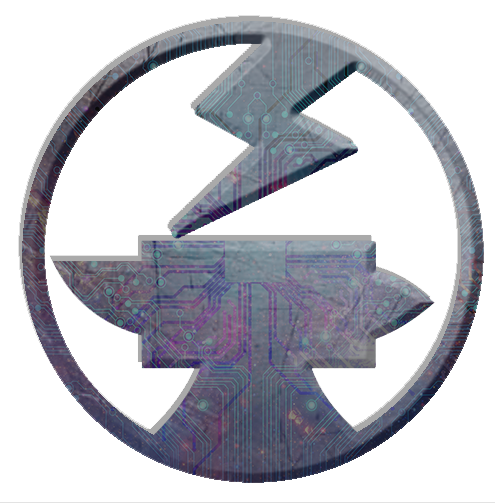 LightForms.cc  is an  “end-to-end” platform  for the digital entertainment industry that provides control and resources to monetize intellectual property.   Render Farms, Virtual Reality,  Gaming Assets,  Digital Films, Photogrammetry,  Digital Characters,  3D Sets and much, much more. Can be produced and monetized through our system.

This is done so as to finally provide a complete solution for new, dynamic ways in which emerging and established Digital Professionals, Studios, Artists and Technicians  can control their entertainment products.

The LightForms platform is based on Ethereum blockchain technology combined with our own, which we call LightForge and is driven using our own LightForge.cc Token. 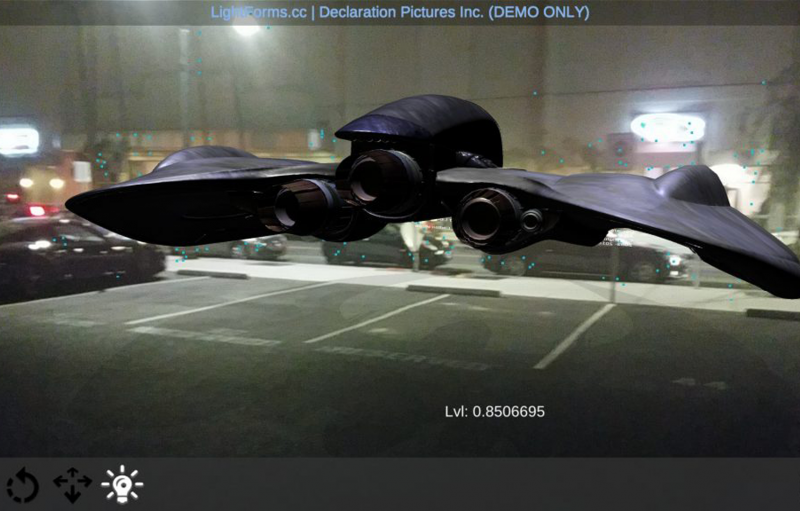 Multi-faceted block-chain product solutions and eco-system line, linked together by leveraging Entertainment Industry services and applying LightForge technology solutions that has been developed in ordered to address the practical needs of customers and consumers in entertainment IP industries and market places, from Collectible Toys to online Gaming items that have tangible value through smart contracts. 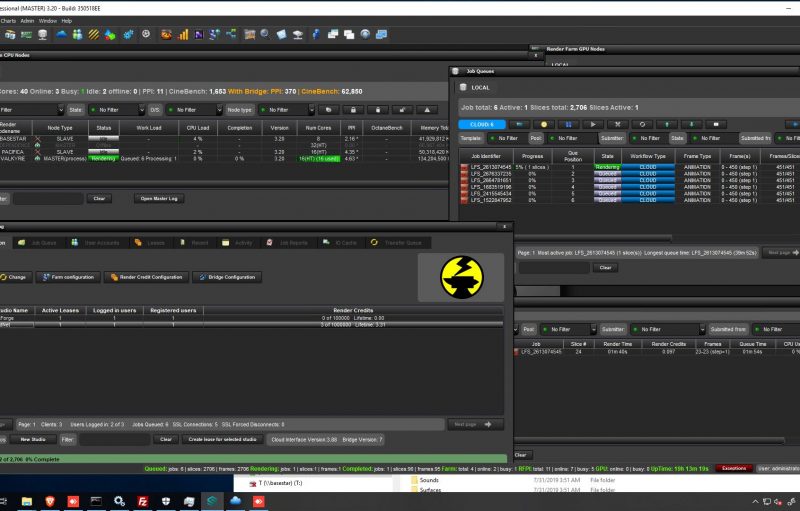 Revolutionizing the way block chain works within the Entertainment Industry.

Checkout our system at https://render.lightforge.cc 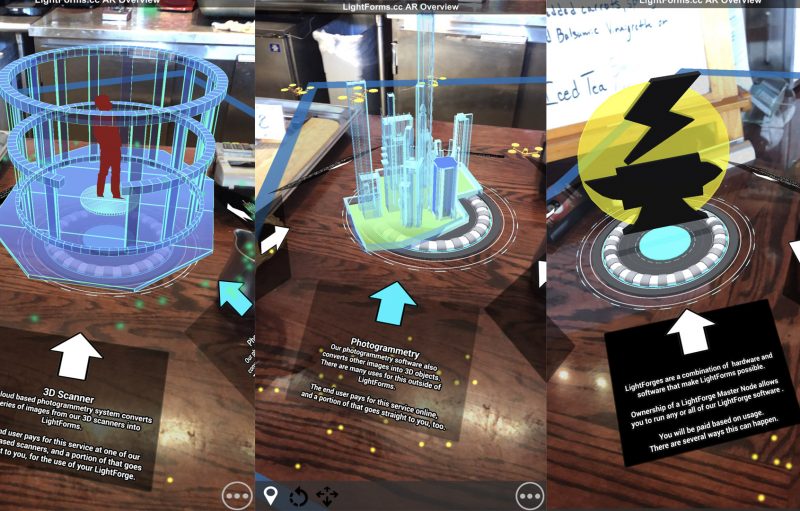 LightForge IP Sofware and further more LightForms.cc Tokenenization Technology which branches into an entire family or ecosystem of industry applications and uses, users  are able to retain maximum exploitation for render farms, VR or AR application, asset management, workflow distribution and do so for animation, visual effects, and  gaming industry segments.  Through the smart contracts based on Ethereum we provide a 21st Century Solution for entertainment platforms.

LightForge links the next logical steps to be taken by the production workers in these industries and provides paths to produce new content and retain control while maximizing investor ROI in a transparent manner through control of rights and assets via the LightForge  blockchain  and knowledge base.

Benefits content creators of CG/VFX assets and owners of the entertainment IP they represent through residuals payments processing for life controlled through the LightForge.cc environment.

Significant “spin off” or operational potentials with extensive opportunities that are far reaching into almost ever aspect of the content creation industries, and beyond – gaming, AR, VR and Film Production.

Creating a more evolved render farm and entertainment IP solutions, that can easily adapt to a studio’s unique requirements, and provide new opportunity to leverage growth, security and profitability.

The global visualization & 3D rendering market size is projected to reach USD 5.63 billion by 2025, according to a study conducted by Grand View Research, Inc., progressing at a CAGR of 22.5% during the forecast period. Rising need for innovative and cost-effective technologies for visualization and simulation is revving up the adoption of visualization & 3D rendering software. The LightForge software is used for processing data from various applications in the fields of product design & modeling, animation, visualization & simulation. These solutions help in post-production, design, advertising and marketing or products or services as well as many forms of training, just to name a few. Benefits such as cost optimization, time management, and real-time reviewing that can drive new growth to  the market. The software allows enterprises to provide attractive and customized products and services for Entertainment IP.

LightForge Token is used both as a mechanism to check the license and enable operational functionality of the LightForge Master Node as a form of utility token to be used to hire/pay for LightForge Master Node computer power for use on RenderFarms,  Virtual Reality and Augmented Reality Operations and Gaming.   Allowing operators, artists and  developers in accessing key resources for the development of Entertainment IP through security and management of Entertainment resources and intellectual property.

LightForge.cc Token is a utility token, used to hire/pay for LightForge Master Node services. From render farms and CG/VFX compute services to managing Collectible Toys to Film, TV and Interactive Properties Licensing. We are an end-to-end solution in managing IP.

LightForge links the next logical steps to be taken by the production workers in entertainment and provides paths to produce new content and retain IP control while maximizing investor ROI.

Provides the ability to leverage infrastructure costs and understand the costs in the final products from rendering to gaming applications in ensuring a ROI for customers and the related costs to consumers.

LightForms concept was born in 2017, based on original R&D dating back to 2009, out of the belief that blockchain and Smart Contracts enable counter-parties to automate transaction tasks that are typically performed manually and that require the involvement of third-party intermediaries for Entertainment industries.  This included distribution agreements, royalties, sales, licensing and Intellectual Property Assets.

We realized very early on that Smart contract technologies can result in processes that are faster and more accurate and cost-efficient for the Entertainment Industry.

LightForms.cc stands out as we have been building the "end-to-end" platform for  entertainment IP through blockchain processes that provide a high level of robustness and security in protecting the assets of writers, directors, producers, programmers, musicians, technicians and actors.

The goal was simple, find a solution on how entertainment contents can be integrated in the ethereum blockchain for  Film, VR, AR, software development and Gaming, to be profitable and exponential .

The creation of LightForge.cc Utility Token was born June 2019 on the ethereum network.

UberCam was originally an in-house tool dating back to 2009 but was further developed and in 2015,  LightForms.cc realized the issues with licensing and the requirements for creating a unique Advanced Stereoscopic Camera technology (among others) for the emerging Virtual Reality Industry.

UberCam is a plug-in for LightWave3D that lets you enter the Virtual Reality world (and a ton of other stuff!) by just switching your camera. Four years after we introduced the industry to "drop in" VR support, additional research, development, testing and customer feedback have made Version 2.6 faster,  better, and even easier!

Version 2.6 added another industry first, our forward-only render option for VR. It also features an enhanced stereoscopic convergence point display, simplified controls, and support for industry standard formats out of the box with zero setup.

In the five years since then, Virtual Reality has exploded and we have been working hard to develop new tools and technology that revolutionizing the VR market. UberCam 3.0 will feature more cameras and easier to use controls than any other package in the industry, in a simple and easy to use format. You don’t need to be an industry veteran to compete in the VR world with UberCam. Just plug it in, and let it take care of the rest for you.

Ubercam 3.0 will tie into the LightForms.cc eco-system including the LightForge Render Network via our utility token, providing the ability for content creators to monetize the films and content they create through our tokenized distribution technology.

Developed in 2018, Glycon VR is a high precision motion capture system that’s as easy to use as a video game, requires no additional setup, and that can instantly export BVH and FBX files.   Gylcon came from the from the concept of  using a Virtual Reality Rig as a powerful motion capture platform using Occulus Rift, Hive and other VR Headsets in creating motion capture for games and animations.  The systems captures your movements with a full body IK system, and exports BVH and FBX files from that for use in major animation software.

Lightforms has created a turn key solution for licensing our product and is part of our IP in delivering cutting edge technology that will increase productivity and profitablity in creating VR films and AR Entertainment.

In developing the LightForge in Game Currency we realized the importance of utilizing block-chain in creating a new way for eSports to use currency for prizes, to selling items in the game to creating a real world environment that uses block-chain as a form of in game currency .

The trade able digital token that is created in the game  can be used as a currency, or a representation of an asset, a virtual share, a proof of membership or anything you wish to add to your game as part of adding Utility Tokens to your game play. These tokens use a standard coin API so your contract will be automatically compatible with any wallet, other contract or exchange also using this standard.

Using a block-chain  cryptographically secure - the ledger is distributed across all nodes in the system making hacking nearly impossible. All of the solidity Ethereum smart contract code used for the token sale and vault account was fully audited by SmartDec, a firm specialized in Smart Contract Security Audit. No single authority has control, the network cannot be distorted or manipulated by a single controlling authority.  Including game play.

A fully encrypted peer-to-peer render network using LightForge Token based on ETH was created in June 2019. It is currently functional with continued development being done to fully integrate industrial and commercial client needs. Since October of 2019, it has been undergoing extensive testing and currently has capacity levels reaching several hundred thousand AMD and Intel based CPU cores and and over 4 million nVidia CUDA GPU cores available and working at any time on computer graphics rendering tasks from a multitude clients working in many different 3D host applications native and 3rd Party rendering engines.

In understanding the requirements for currency conversion to increase functionality and accountability in regards to payment systems, LightForms Group LLc. is in development of a Decentralized Exchange (DEX) to deal with the transfer of payments and taxes via a smart contract based on the Ethereum Platform with the LightForge.cc ETH Currency at its heart. This development effort is on going and is expected to enter beta stage very soon.

LightForms.cc Group LLC.,  is creating an AR based framework for film that will allow for a new level of interaction between  mobile devices  and feature films, TV series and more.

From early product development and initial market testing,  the product is positioned to be one of the first software applications based on a real world case scenario that redefines "transmedia".

We call it Transcendent Media.

On June 3rd, 2020, Atari Inc., and LightForms.cc Group LLc., signed into a strategic partnership agreement with each other.
This opens up the entire Atari eco-system to LightForms and LightForge technology for use in Atari mobile applications and the new Atari VCS console.

If your interested in learning more and want a copy of our white paper, email us at info@lightforms.cc

Thanks to our partners who made it happen 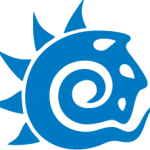 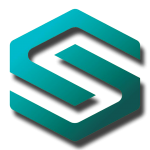